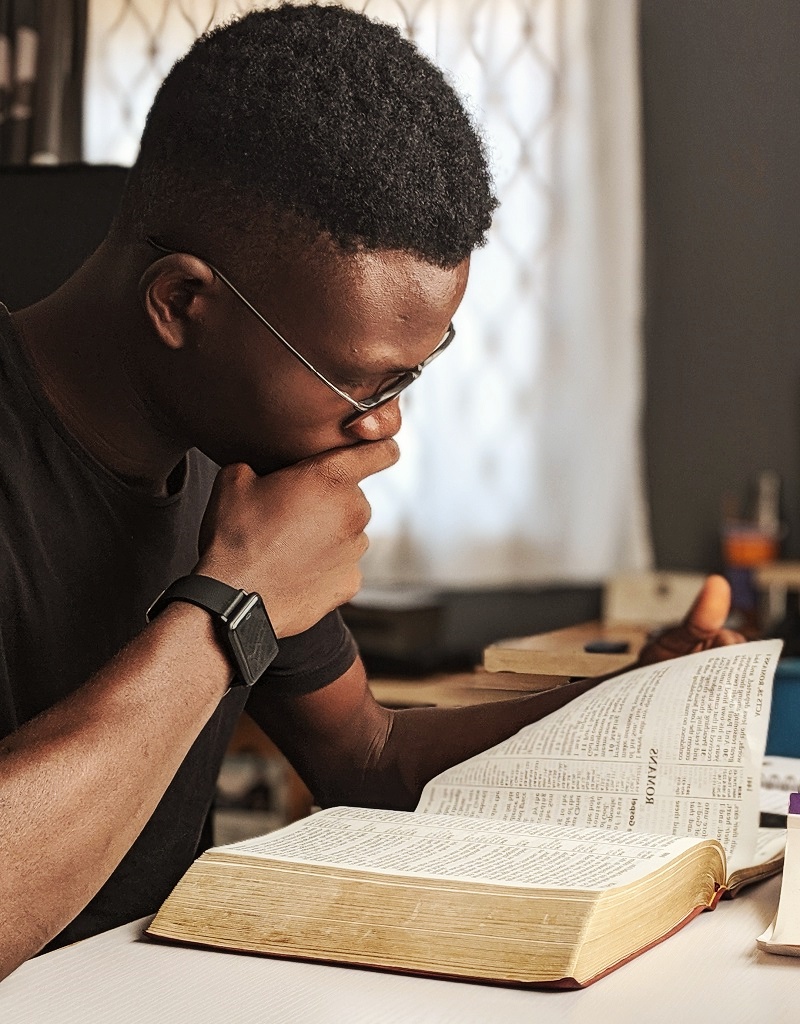 There’s a saying that “No man is an island”. While this isn’t from the Bible, it could have been. It came from a devotional written in 1624 by John Donne, a cleric in the Church of England, who had come out of the Catholic revival. Donne understood a basic Biblical principle, that God created man as a social creature, destined to be part of a larger community.

While there have always been those who desired to be alone, they are by no means the norm. One can easily imagine Adam in the Garden of Eden, naming the animals and noting that they all had their mates. Had he noted that, he probably would have asked himself where his own mate was.

Whether he actually asked that or not is immaterial, as God Himself saw Adams’ need for a mate. He said, “It is not good that man should be alone; I will make him an help meet for him” (Gen 2:18). How could God possibly contradict Himself, saying that his creation should not be alone, if His intent had been for man to live his life without others? No; it is clear from the very beginning of history that God’s intent was to create community, to provide each of us with family, friends, and acquaintances.

Some might take this as God having made a mistake, creating man and then having to go back and create woman from man. But God doesn’t make mistakes; it had to be part of His plan from the very beginning.

So why would God create Adam first, and then put him to sleep, so that He could take Adam’s rib and make a woman out of her? To multiply Adam’s ability:

“How should one chase a thousand, and two put ten thousand to flight, except their Rock has sold them, and the LORD had shut them up?” (Deut 32:30)

Do you see that? In dividing Adam and giving him a wife, he multiplied Adam’s ability. Whereas one could only put to flight 1,000, two working together in harmony could put together 10,000. Ten thousand what? It doesn’t matter. We’re talking about the concept here; not the math. God was able to multiply His creation’s ability by dividing his creation.

Isn’t that something important that community gives us? Aren’t we all made stronger by being part of that community, with others utilizing their abilities and doing their part while we do ours?

Community strengthens us. It gives us others to hold up our hands and pick us up when we fall down. We can count on their strength, their love, their warmth, and their care. In turn, they are able to receive those things from us.

“Two are better than one; because they have a good reward for their labor. 10 For if they fall, the one will lift up his fellow: but woe to him that is alone when he falleth; for he hath not another to help him up. 11 Again, if two lie together, then they have heat: but how can one be warm alone? 12 And if one prevail against him, two shall withstand him, and a threefold cord is not quickly broken.” (Ecc 4:9-12)

This is not merely an explanation of what happens, as some might suppose; it’s an expression of God’s will. He does not want us to face life’s problems alone, but rather together. That’s why the apostle Paul wrote, “Bear one another’s burdens, and so fulfill the law of Christ” (Gal 6:2).

So where do we find these others to help bear our burdens? We find them in the body of like-minded believers who follow Christ. This is where true community occurs; because it is community based upon the fellowship we have together.

Let me be clear on this; there are two types of community out there. There is the community that consists of everyone together, like everyone who lives in a city, town or village. But that is a legal definition of community, not a Biblical one. It defines us politically as being of the same place. Even so, being from the same place does not give us community in the Biblical sense of the word.

If we combine those words, we find the meaning of koinoina to be a group of people who jointly participate together in fellowship, sharing in what they have, building relationships and having unity. Foundational to that idea is the concept of common faith; for without common faith, it is impossible to have true fellowship one with another.

So what is fellowship?

Going back to Galatians 6:2, how can we bear one another’s burdens, if we don’t know that other person well enough to know what their burdens are? Oh, I suppose we could do so in a communistic way, where someone in a position of authority is taking from us, so that they can share what we have with them. But that’s not really community or fellowship; it’s not bearing one another’s burdens; it’s nothing more than theft.

In a true community where koinonia is practiced, we see people voluntarily giving of what they have to help their brothers and sisters out, not some bureaucrat redistributing their wealth. Perhaps the best example of this sort of community is shown in the Book of Acts, at the end of the second chapter:

“And they continued steadfastly in the apostles’ doctrine and fellowship, and in breaking of bread, and in prayers… 44 And all that believed were together, and had all things in common; 45 And sold their possessions and goods, and parted them to all men, as every man had need. 46 And they, continued daily with one accord in the temple, and breaking bread from house to house, did eat their meat with gladness and singleness of heart.” (Acts 2:42-46)

Note that this was voluntary. It came about because there were believers there in Jerusalem, who had come in from outlying areas for the celebration of the Passover. Having accepted the saving work of Jesus, they were fellowshipping together with the community of believers there in Jerusalem. That community accepted them as brothers, doing what they could to help care for their needs.

The community of believers in Jerusalem were showing true koinoinia in reaching out to those who had come from far away. They recognized their responsibility to help others who had joined their community. Had the situation continued for an extended period of time, those others would probably have helped the ones from Jerusalem in turn.

Why is this important?

How can communities have the desire to reach out and help one another, if they have no love for one another? How can they meet the need, if they don’t feel each other’s pain? This pattern is truly the best way for ensuring that needs are met, regardless of whose needs they are.

As we share in each other’s pain, we also share in each other’s joy, giving us the opportunity to have constant joy. For while we may not have anything going on in our own personal life that gives us joy, when we are in koinoinia with others, we find ourselves surrounded with reasons for joy, whether it is a wedding, the birth of a baby, someone receiving honors for what they have done, or even just buying themselves the new car that they had been wanting. There is always something to rejoice in, even in the midst of our own sorrow.

But that’s not all. Being together in community allows us to encourage one another, pushing each other to be a better version of ourselves. Whether this is happening within the family, a circle of friends or the larger community of believers, our fellowship together provides the opportunity to motivate each other, bringing out the best in each of us.

“And let us consider one another to provoke unto love and to good works; 25 Not forsaking the assembling of ourselves together, as the manner of some is; but exhorting one another: and so much more as ye see the day approaching.” (Hebrews 10:24-25)

Each, as a member of the community, participates in that community, giving to it in some way. At the same time, each receives from the community and from fellowshipping together with other saints. In this, the entire idea of community is to fulfill one another, rather than just being one who is taking from those around us.

Giving in this sort of community is always voluntary; much different than what the world’s governments do. They take so that they can give, with the one who has had something taken from them not even knowing those who it is being given to. There is no sense of satisfaction, of helping another, because there is no personal connection.

Does this mean that we should only help those in our own community; those whom we have koinonia with? By no means. The apostle James, the brother of Jesus and one of the key leaders in the church in the Book of Acts wrote:

“Pure religion and undefiled before God and the Father is this, to visit the fatherless and widows in their affliction, and to keep himself unspotted from the world.” (James 1:27)

Why visit the fatherless and widows? To bring them aid. In this, James was following after a common Jewish trait of helping widows and orphans. As it says in Proverbs:

“He that hath pity upon the poor lendeth unto the LORD; and that which he hath given will He pay him again.” (Prov 19:17)

This reaching out can have other benefits as well, as it has been a prime way in which the community of believers in Christ has brought others into their midst, throughout history and throughout the world. Missionaries through the ages have fed the poor, following Christ’s example, showing a measure of koinonia to them and inviting them to come into fellowship, as part of the community.