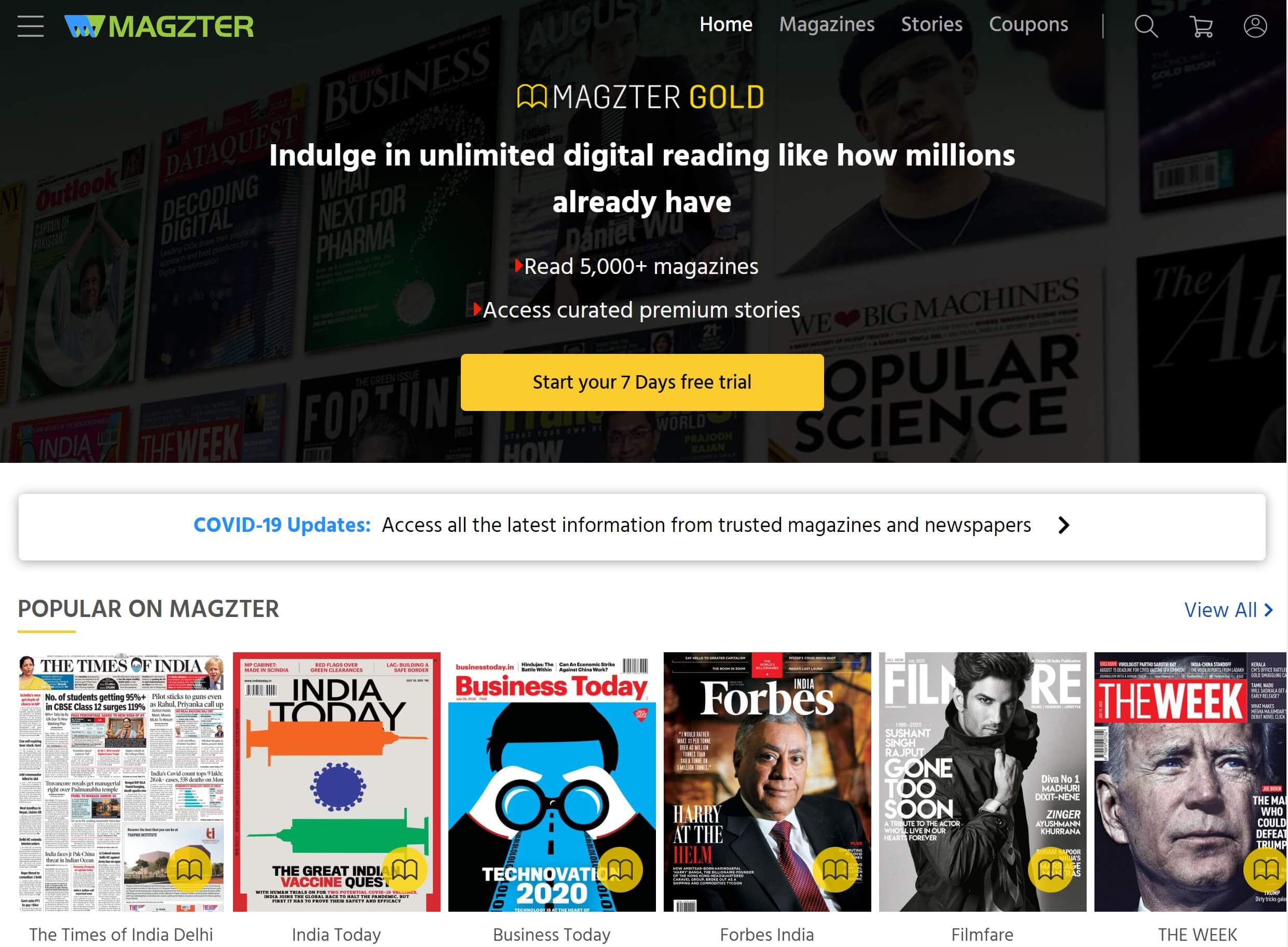 There are those who are stating that the day of print journalism is over; that the internet has stolen their reader base. Newspapers and magazines worldwide are suffering under reduced income driven by reduced readership, at the same time that their advertisers are shifting direction to electric advertising as well.

The key for these traditional print publications is to migrate to the electronic world. Many have done so successfully, while others are still trying to make a go of it. The trick is making it profitable, with so much quality free content available online.

One of the challenges facing these magazines is that they tend to just put a .PDF version of their print publication online. This makes sense from one point of view, in that they spend a lot of money trying to publish an attractive product. Setting that aside is akin to setting aside part of their personality. On the other hand, the .PDF version is difficult to work with on an electronic device, requiring that you zoom in and out constantly.

This is where Magzter.com comes in. Claiming to be the largest digital magazine newsstand, they have gained the position of currently being the most popular of this niche. Compared to the others, they appear to be a giant, offering over 8,000 magazines, from over 3,400 publishers. But we need to understand that to get that many magazines onto their platform, many of the magazines are small, relatively unheard of publications.

Don’t think that having over 8,000 magazines means that they have every magazine in publication though. The ability of any online platform to publish something they don’t own is always dependent on an agreement with the publisher. So it’s possible there are some holdouts who still haven’t signed an agreement with Magzter. I haven’t found any yet, although I checked several titles which people had complained about in their personal reviews of the site.

You can sign up for a 30 day free trial of Magzter, which will allow you to peruse their collection and view at least some of the magazines. But don’t think you’ll be able to view them all. For that, you’ll need to get Magzter Gold, which is also available on a 30 day free trial.

At least, they tell you that you’ll have access to all of their magazines if you get Magzter Gold. A number of online reviews from unhappy customers state that even with their Magzter Gold subscription, there were major titles they couldn’t access, for which they would have to buy a subscription to that specific magazine.

This fits right in with the Magzter business model, which allows you to choose between paying for a subscription to the online version of a particular magazine, buy individual issues, or sign up for Magzter Gold, which is supposed to give you unlimited access to 5,000+ magazine titles. There is also a Magzter Gold Light, which allows you to select five titles that you have unlimited access to. If there are only a few magazines you are interested in, this option will save you half the cost.

If all you’re interested in is one magazine, then obviously this service isn’t for you, unless you really like their user interface. You’ll pay the same rate for that one magazine, as you would going directly to the publisher.

Users have complained about the Magzter interface, which they claim is difficult to use, without getting into any specifics. The images tend to be low-resolution, which can be a problem if you’re looking at some publication which uses a lot of annotated diagram. I can see how that would be a problem with Popular Science or a woodworking magazine that has plans for the projects they write about. On the other hand, it wouldn’t be an issue for Sports Illustrated or People magazine.

The other common complaint comes from those who have tried to cancel their service. That’s not an uncommon complaint with online services, which all seem to suffer from this malady. I guess that once they get their hook in you, they really don’t want to let you go. I can’t really blame them for that, but as a consumer, I don’t consider it fair in the least.

That depends a lot on you. The number one issue is whether they have the magazines you want to read. Granted, at over 8,000 titles, chances are that they do. Even so, before I signed up for a subscription, I’d get on the site and take advantage of their 30 day free trial to make sure they have what I want.

The other thing is whether you have enough time to take advantage of what you’re paying for. I’ve had a lot of magazine subscriptions in the past which never got read. Mostly those were professional journals, which would stack up in my office, until I got a chance to glance through them; and glance through is about all I’d do most of the time, cutting out articles which I wanted to save for later.

But that’s me. If you are a magazine aficionado or even an aficionado of just a few magazines, then a subscription to Magzter will give you access to not only every new and current issue, but a huge library of past issues as well. For subject areas where you might want to do some research into past issues, that ability alone makes a subscription well worthwhile.